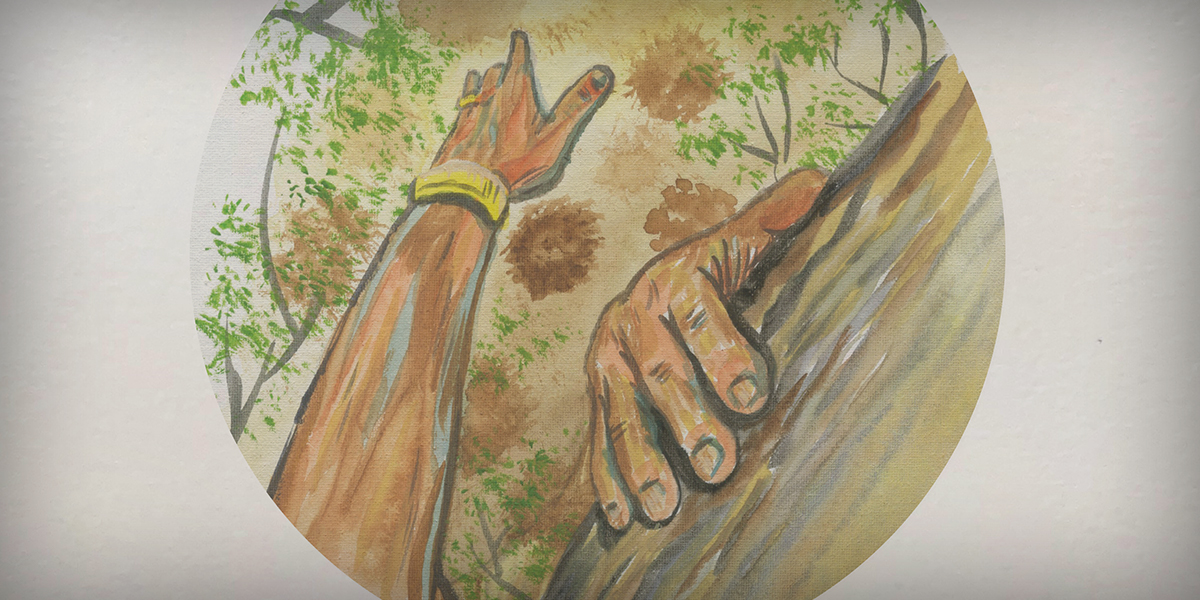 Jesus entered Jericho and was passing through. A man was there by the name of Zacchaeus; he was a chief tax collector and was wealthy. He wanted to see who Jesus was, but because he was short he could not see over the crowd. So he ran ahead and climbed a sycamore-fig tree to see him, since Jesus was coming that way. When Jesus reached the spot, he looked up and said to him, “Zacchaeus, come down immediately. I must stay at your house today.” So he came down at once and welcomed him gladly. Luke 19:1-6

Excessive Roman taxes were a tense topic of the day. There were no laws in place to protect the taxed, who were paying exorbitant amounts to a government foreign to them. Tax collectors were never liked, but in those days, the dislike was deeper.

Among professions, tax collectors were the most reviled. Among tax collectors, Zacchaeus was the most despised. His career path led him to the role of chief tax collector of Jericho, one of the main collections sites of the day. Zacchaeus became rich by using his position to take as much as he wanted. With full support of the Roman authorities, the people were powerless to stop him. Added to the agony was that Zacchaeus was one of their own, a Jew. Well, he had been one of them, until he took the tax turn.

Taxes and tithes were one and the same to the Jewish people. To pay “their” taxes was likened to tithing to a pagan god. Salt to the wound was that one of their own people was forcing them to do such a thing.

Because Zacchaeus was the face of the force, the people, once his people, excommunicated him from their community and the fellowship found within. He was no longer allowed in the synagogue or to study Torah with others.

This dastardly enemy of the state was deeply in need of a friend.

Jesus was passing through Jericho, on His way to Jerusalem, the destination of His final days and relentless love. With Him was a large crowd, rife with war. For though they followed, they still hoped to be found on a road that ended with an overturned government, come at the end of sword and spear.

Though Jesus had destination, He stopped at the geography of Zacchaeus.

As Jesus paused, more people surrounded. This was now a mass gathering.

Zacchaeus was desperate to lay eyes on Jesus. It wasn’t every day a teacher of such renown walked their streets. He who lived large was short in stature. He couldn’t see Jesus from where he was, and he just wanted to glean a glance.

He may have also wanted to save his life. Tax collectors, greatly hated, were sent out with guards to protect them. But only when on the job. Here, on a day off from work, he would have no reprieve from the resentment and rancor.

Those flocking around Jesus believed He came to save them from people like Zacchaeus. Among them were zealots who wanted to take out any associated with the Roman government. They were known for carrying large knives under their cloaks, putting those blades to enemies, then sneaking away.

So he who had been climbing the ladder, scaled a tree, wanting away from those waging war and as near to Jesus as he could come. The tree he trailed was a sycamore-fig, ripe with the fruit of faithfulness and maturity. It was time for Zacchaeus to grow.

Who knows what day and year the seed was planted for the tree that Zacchaeus would be held in, to behold Jesus? But we do know, Jesus was amazingly aware of what day to stand beneath it.

Jesus looked up and Zacchaeus fell down. Wonder leads to worship.

When Jesus invited Himself to dinner, Zacchaeus celebrated, though those around him complained. For He offered a height for the lengths Zacchaeus had gone to save himself.

In ancient times, it was an honor for a holy man to visit one’s home. To eat with home’s host meant so much more. To eat together is an expression of reconciliation. When Jesus said He must stay with Zacchaeus, He was declaring “reconciled”.

Jesus turned and said, “Salvation has come.” In Aramaic, the word He used means “restoration of fellowship.” For Jesus to stay with Zacchaeus, lowest of the low, meant He was asking those who held themselves high to reinstate the tax collector to community, fellowship, temple worship, and discussions of Torah in the synagogue. To also come to the table.

In an instant, Jesus taught them how to treat an enemy. Set a table. Host a meal. Break bread.

Zacchaeus knew how to fill his purse, but had never forgotten what filled his heart – the Torah.

But Zacchaeus stood up and said to the Lord, “Look, Lord! Here and now I give half of my possessions to the poor, and if I have cheated anybody out of anything, I will pay back four times the amount.” Luke 19:8

Though ex-communicated, he continued to study. Only one who studied would know and understand four-fold, a term of the Torah.

Zacchaeus knew the ways; he just needed to return to The Way. The fellowship he lost was found by His forever friend.

“I will bring the blind by a way that they knew not, I will lead them in paths that they have not known.” Isaiah 42:16

The word for used for “bring” is yalak and means “a path that they do not know.” The word “know” is yada, an expression of intimacy.

We may walk towards the unknown, but that path is where intimacy is found.

Two words often used for path are derek and natav. The first means “a path or journey going down.” The second means “a new path going up.” Valley and mountain.

From the lowest to the highest, He will bring us. No matter where we find ourselves, we can be, will be, restored to The Way. His ways.