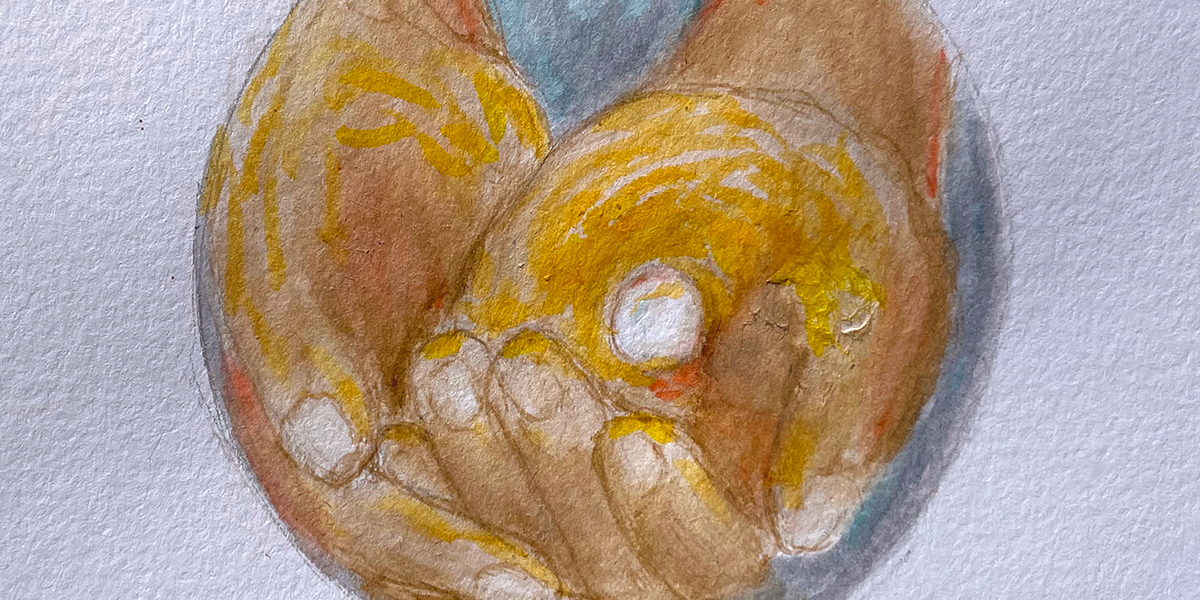 “Again, the kingdom of heaven is like a merchant looking for fine pearls. When he found one of great value, he went away and sold everything he had and bought it.” Matthew 13:45-46

“When the doors of the synagogue were closed against Him, He took to the temples of the open air, and taught in the village streets, and on the roads, and by the lake-side, and in their own homes.” Barclay

And when lakeside could no longer hold Him, as people pressed in, He placed Himself in the pulpit of a boat.

On this day, when boat held Him and hearts were yet trying to, He cast parables to the people, as a fishermen would a net to fish.

That which He sent alongside them were not tossed ideas, but tender truths. Jesus was meeting them with mystery, the mystery of the Kingdom He came wrapped in, and greatly desired to hem them into.

Deeply into parable and prophecy (for His words were fulfillment of Isaiah’s – Matthew 13:13-14) He turned their attention to a pearl and the merchant who searched for it.

The Hebrew people didn’t place much value upon pearls. Many jewels and gems are mentioned in the Old Testament–diamonds, rubies and sapphires–but there is no mention of a pearl. Jesus was in Galilee when He met them with these mysteries, and the people there were familiar with Gentile traders who would come in search of pearls and pay extravagant prices for them. Oysters, clams and mussels were rare to the Gentiles, so their value was great. They did not purchase them for themselves, but for their kings.

A pearl is the only gem which is the offshoot of living matter. This jewel’s existence is born from the response of an oyster to something which causes it injury. It begins as a grain of sand or some other particle or parasite that enters the shell. The oyster has no means to brush the irritant away. There is no defense. Once wounded, the oyster begins layering the injured area with nacre (mother-of-pearl) until the bruise births beauty. A pearl. What once only offered injury is now a gem of great worth.

From season to season, I have heard and read this parable many times. But recently its few lines have taken me from glory to glory. For I was always taught that the pearl was the Kingdom and we would one day give all we had to enter it. I still hold that truth dear. But now, perusing the parable, mystery met me.

The merchant was searching for beautiful pearls. In his search for the most beautiful, he found the most glorious one. Once he found it, he could not be dissuaded. Not even the cost could stymie him. He sold everything he possessed in order to purchase the pearl.

It is here, I lose my breath. I feel much like the Shulamite, when she realized the shepherd was indeed the king. For this merchant is mine.

What a mystery to solve, He is the merchant and we are the pearl. Our price did cost Him all, but it was worth all expense. The pearl is now His own.

A few lines can truly tell the whole story. We are not cast away as these lines are cast alongside. The promise of this parable is the bride-price paid. The Groom who will search and the Bride who will be found.

Jesus, wild Groom for a ransomed Bride, could have used any jewel or gem to tell this tale. Yet, He chose a pearl, to be the birthstone of the Bride. What the world considered a bauble, He called brilliant.

Pearls are rated and valued by their roundness, color and brilliance. And they look, to me, like the moon.

He won’t stop speaking this story. Through ink on page and bright orb on inky sky. Oh my!

Paul must have had this perfect parable in mind when he penned this:

Husbands, love your wives, just as Christ loved the church and gave himself up for her to make her holy, cleansing her by the washing with water through the word, and to present her to himself as a radiant church, without stain or wrinkle or any other blemish, but holy and blameless. Ephesians 5:25-27

He said to me: “It is done. I am the Alpha and the Omega, the Beginning and the End. To the thirsty I will give water without cost from the spring of the water of life. Revelation 21:6

Price, pierced to the cross, said, “Kalah.” It is done, finished, fulfilled, paid.

There is a homonym in Hebrew of kalah, which is kallah, the word for bride.

We, redeemed by love, can come as bare as He was upon cross and cruciform. His shame removed ours. His binding loosened ours.

Another word for price, is yaqar. Its meaning is, “to be precious, to be prized, valued and esteemed.” From tree He tore the veil, our veils, which rent Heaven and reminds us we are readied. To see Him as He truly is. Our Price, Our Prize.