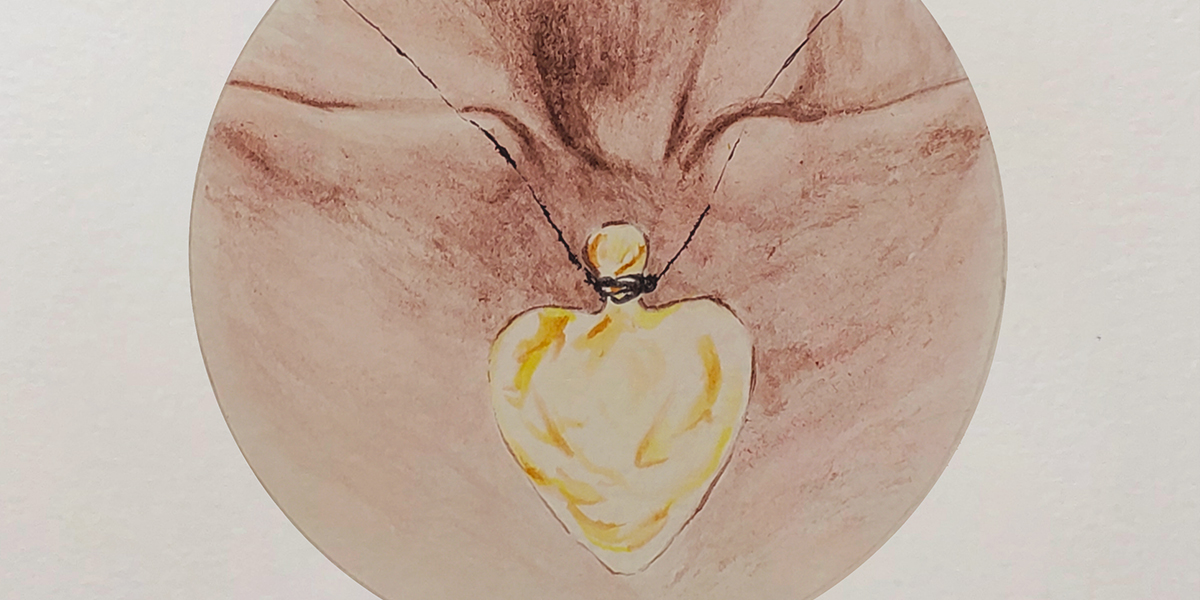 When one of the Pharisees invited Jesus to have dinner with him, he went to the Pharisee’s house and reclined at the table. A woman in that town who lived a sinful life learned that Jesus was eating at the Pharisee’s house, so she came there with an alabaster jar of perfume. As she stood behind him at his feet weeping, she began to wet his feet with her tears. Then she wiped them with her hair, kissed them and poured perfume on them.

When the Pharisee who had invited him saw this, he said to himself, “If this man were a prophet, he would know who is touching him and what kind of woman she is—that she is a sinner.”

Jesus answered him, “Simon, I have something to tell you.”

“Two people owed money to a certain moneylender. One owed him five hundred denarii, and the other fifty. Neither of them had the money to pay him back, so he forgave the debts of both. Now which of them will love him more?”

Simon replied, “I suppose the one who had the bigger debt forgiven.”

“You have judged correctly,” Jesus said.

Then he turned toward the woman and said to Simon, “Do you see this woman? I came into your house. You did not give me any water for my feet, but she wet my feet with her tears and wiped them with her hair. You did not give me a kiss, but this woman, from the time I entered, has not stopped kissing my feet. You did not put oil on my head, but she has poured perfume on my feet. Therefore, I tell you, her many sins have been forgiven—as her great love has shown. But whoever has been forgiven little loves little.”

Then Jesus said to her, “Your sins are forgiven.”

The other guests began to say among themselves, “Who is this who even forgives sins?”

She slipped in through the courtyard, this woman called shame. In the eyes of man, she had no chance left, to be saved. But notorious sin was soon to meet scandalous grace.

The woman stayed in the shadows, until her longing for light overshadowed her place in the dark. She couldn’t quite face Him, so she fell at His feet.

Simon had invited Jesus, but no welcome he gave. Though she knew their customs, this was no duty, to wash His feet. Tears fell like flood, little streams marking the dirt of His road, making a map of His path to her. Kisses met the mud, until all was one road.

In a least-become-first moment, the prostitute became host, in place of the Pharisee. Her love, poured out to Jesus, did far more than a bowl or basin from Simon ever could.

Her let-down hair, they saw as dirty linen. To wipe His feet in this way was more than becoming unkempt. In those days, a woman only took her hair down for private moments, within her own home. If home she owned, she would not be allowed to invite Him in.

Her glory touched His humanity. How inappropriate! What a disgrace! Simon cried, “Unclean!” His little love, so in need of giant grace.

What happened next caused gasp and glare. Infamy became intimacy. Or was it the other way around?

With eyes cast down, her hand raised, in an unashamed act of praise, fragile fingers tore at suspended string, and untangled hope.

The string was joined to jar, filled with all she had left. It was ornament of her identity. No pendant on a chain was this, for it held that for which her heart still hoped. No matter her choices or circumstances, a wedding still waited. The bottle marked her as Bride.

No man would have her. Jesus wouldn’t leave her.

In an infamous instant, she shattered the jar, for a new story. Security slipped though her fingers.

She spent splendor as she poured the oil over Jesus’ head, sending it spilling to His feet. But behind her back, someone angrily shouted, “Why this waste?”

It was hers to wield, not theirs to take.

Two types of oil from olives come. One from bruise, the other from break. That from bruise is used in lamps for light. But for the Tabernacle, broken oil was required. It comes when the olive has been cut and torn. Broken to pieces. Such was the oil in her jar, the love of her heart.

She knelt before the Temple, this marveled maiden, and before Jesus bared her identity, while anointing Him with His. With her recognition in that moment, He became the Christ.

She was hanging by a string, as shards of her jar lay at His feet. Maybe only she and He recognized the strength of the string that lay in the messy middle. For it was not taut twine, let loose. No, this was the cord of tent and Tabernacle, the tether of bow and arrow.

Her heart was aimed at His. She had ached for husband and longed for home.  In Jesus, she found both. He was a tabernacle she could enter. A place to be held.

She was no longer the woman with the wasted flask around her neck, marked by its scent. She was no longer keeper of the oil and all it was meant for. She had spent it all on Him and now, she was just His.

The men judged her, but Jesus was moved. She crossed the line, disregarding the disapproval around the table she was not welcome to sit at, and gave Him her most beautiful part, her adoration.  Wordless worship. Before them, she beheld Him. No shame was there in her lack of restraint, or the lavish way in which she loved Him.

Searching for secrets, instead of meeting mystery, the men whispered and wailed. Had Jesus entered into her sin unseen? In that moment, He became to them, once again, of “no reputation”, fulfilling why He came. To those known for their sin.

Her act was so intimate and He recognized her gift of hospitality. Though it had been tainted in the past, He allowed her to offer it in its purest form. Her love, met by His, made her clean.

She, soiled in their eyes, went right into His presence. She didn’t inch into His story. She dove head first. A mile in she met Him. She followed the holy nudge of her need to be present, to be prepared. This was a virgin’s oil. She thought to carry His burden, to be with Him. She wasted all she had on Him. She turned her heart to His, filling, then spilling communion. When she got near Him, she stayed. She touched His life and became the good news He told.

The words of a Savior, One marked with good news, very good news, powerfully good news. He saw her wounds and her wonder. He saw where her hope lay. In Him.

We all have two stories, the invisible and the visible. The yet unseen story changes everything.

Only one intimate would know what the oil would be for. She knew she couldn’t spare Him, so she spared no expense. That night, she started looking up. Past men and into His eyes. She saw the price of a Bride there. The cost of her. She found forever, in Him, the Eternal. Her view in their eyes might not have changed, but she set her sights on the life Jesus offered.

That night she was like Him, just like Him. Trembling hands and bursting heart, with an act so intimate, those surrounding them had to choose to see Him as she did, or judge her waste. She would love, because He loved. How he loved. Who He loved. Those like her and those not. Because the world is on its way to being like Him. One stringed flask, filled with finest, at a time.

Though much has changed from generations, and through centuries, these words have not changed in thousands of years and are still used today, just as they were during the biblical days.

I believe, with all I am, that these words spilled from the lips of the maiden, just as the oil poured from her flask. The scent of the oil marked her, but these words made her.

My heart seeks the same tattoo, etched so deep I can’t stop saying, won’t stop singing–He is mine.