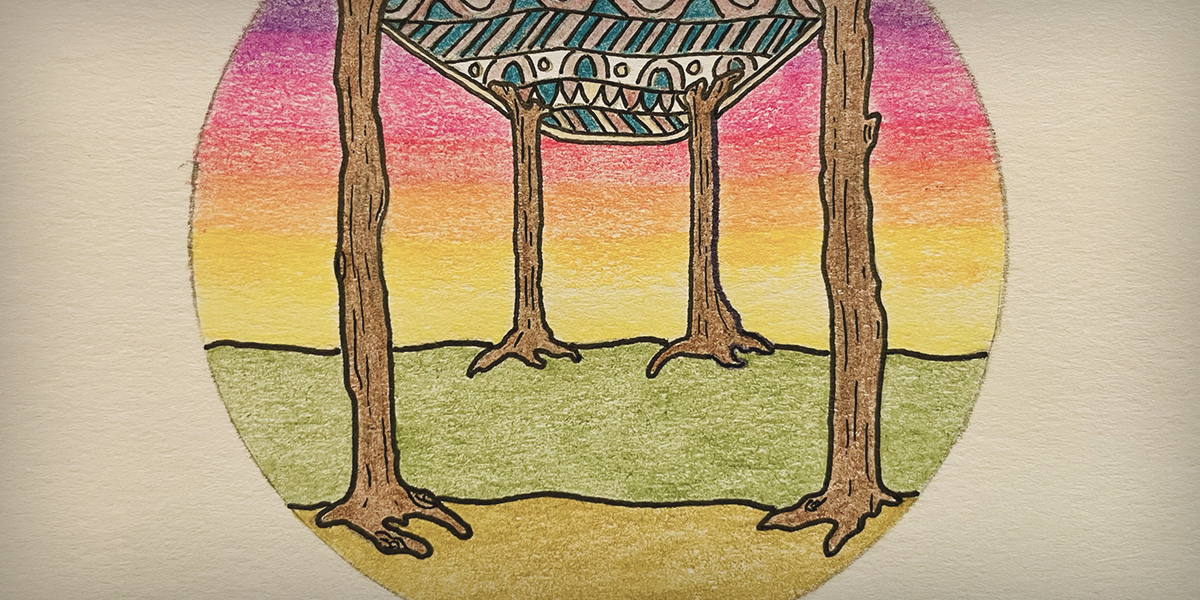 Mending nets with their father is where Jesus met them, John and James. At His cadence and call, they came. They left their father and their nets to become best men to a Groom. For there was a Bride to find and a veil to tear.

John and James were a bit rough-hewn, slightly impetuous and easily ignited. They might have been nominated as “people most likely to start a riot” by their peers.

Jesus and the disciples were traveling through Samaria on their way to Jerusalem when they ran into trouble. When Jesus looked for accommodations for the night, He was met with opposition from the villagers, simply because His destination was Jerusalem.

“When the disciples James and John saw this, they asked, ‘Lord, do you want us to call fire down from heaven to destroy them?’” (Luke 9:54)

Moments such as this led the sons of Zebedee to be known as Boanerges or “sons of thunder.” (Mark 3:17)

Jesus corrected their course, and dusty feet found them on soiled streets and mighty mountains. A caravan they became, along with Peter, marking the trails Jesus tread, with a fierce faithfulness.

To resurrection, transfiguration, last meal and garden they went. Only John though, would help Christ carry His cross to crucifixion.

Once John’s dark night turned to deepest day, he couldn’t be, wouldn’t be, found outside Jesus’ gaze, no matter the world’s glare. He got so lost in grace, he was ever found right next to Him. His move from anger to adoration was monumental.

Five times, within his Gospel, John called himself the disciple Jesus loved. Not once is there record of Jesus calling him such. It makes the name no less true. Because, when you know, you know. John was not just in an upper room, but a room with a view to how Jesus saw him, knew him, loved him. How he was known, loved, was his reality. The knowledge of such a thing, the knowing of it, led him to recline on Jesus’ chest and ask Him unfathomable questions and find radiant revelation.

John was met by Mystery. That became his history. Love was his recurrent theme, a thread pulled from the truth of being fully known, yet still deeply loved. Nothing he had done, or would do, dissuaded Jesus. Goodness knows that at times, he tried to test that truth.

When Jesus spoke of His impending death, about betrayal, mockery, spit and scourge, James and John asked for a parting gift.

And James and John, the sons of Zebedee, came up to him and said to him, “Teacher, we want you to do for us whatever we ask of you.” And he said to them,

And they said to him, “Grant us to sit, one at your right hand and one at your left, in your glory.”

Jesus said to them, “You do not know what you are asking. Are you able to drink the cup that I drink, or to be baptized with the baptism with which I am baptized?”
Mark 10:35-38

Truly, the brothers didn’t want to be without Jesus, but a fan flickered an old flame, in an upper room. They sought privilege where they could offer honor. Their desire of eternity burned deeply, but fear lit a torch that led to earthy things. In a heated moment, they fought for favor.

What a thing they asked! For a moment was coming where two would be on the right and left of Jesus, the come Christ. Two thieves would hem Him into a moment so glorious, one would follow and the other would fall.

This placement was not what Jesus had for John. He wanted him caught in a gaze, not captured on a cross. For he would need to go from a full Cross to an empty tomb.

But before John would run towards resurrection, he would be named, again, by His Friend, Brother and Savior.

Son. Found as son of Zebedee, fought to faithful as a son of thunder, faithfully found as son once more.

Despite His agony, Jesus was compassionate about the heart of His mother and devastation His death delivered. Typically, a dying son would commit his mother into the care of another member of his immediate family. For Jesus, that would have been James, Jude, or another male sibling.

His brothers though, would not call Him Christ till after the Cross. So Jesus entrusted her to John, to the one so aware of being loved, he would treat her as beloved.

From there, John would carry his own cross, his commission to compassion. Brother to the Bride, son to humanity, he would be.

Knelt before the One he loved, he felt breadth of love in depth of soul. From Cross, he ran to tomb, from tomb he raced to the world.

Christ – what a name! That of a King chosen by God. This name comes in a coronation before a crown. Sacred oil on sweet head.

No earthy superior had He, for the Father He followed.

This name, rich and radiant, reminds me, that everyday, every single one, I can coronate Him as King of my life, my day, my relationships, my problems and my praise.