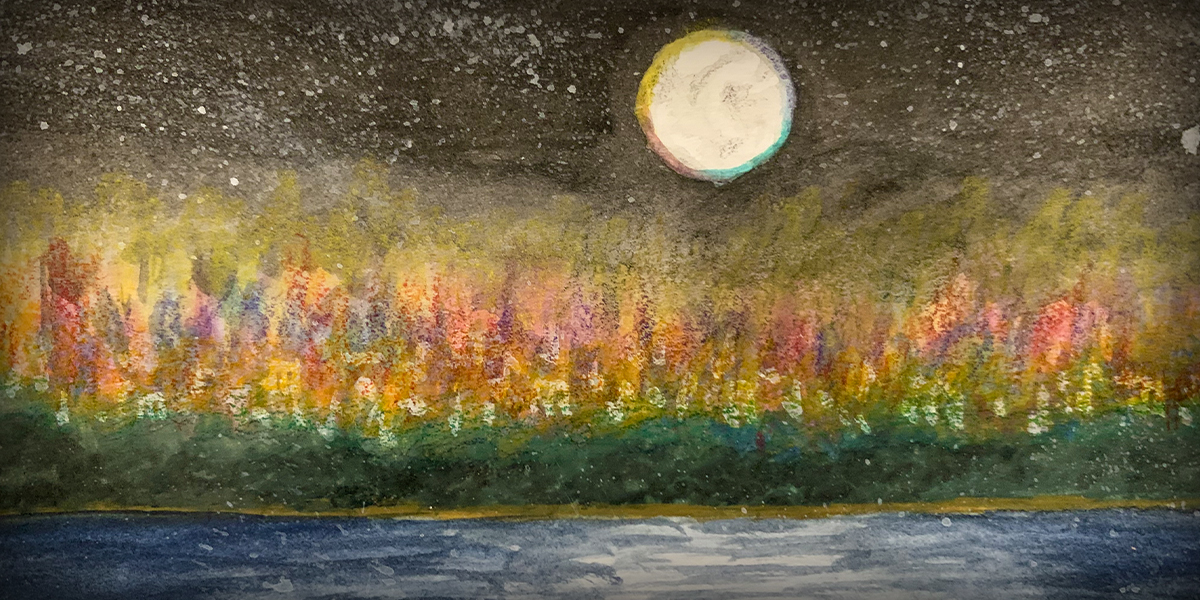 A story dwells within my person’s family line, nay, a legend. An uncle, grafted by matrimony, brought tremendous testimony to the tier. His own heritage was held in Poland, until home held them hostage through an occupation that overran all they had known and threatened to overturn that which was yet to come. An exodus day came, opening the prospect of passage.

The family was not without provision for a journey that would join them to many others in flight, yet it needed a place to rest, so it would not be confiscated by counterfeiters. An idea came like a whisper on the wind and the people nestled jewel and gem within the hem of their garments. The treasure of each and every was entered into their edges.

This tale winds its way around my thoughts each Sukkot, every Feast of Tabernacles, as I consider the trek to the temple and temporary shelters a people traveled to over and again.

They too had treasures held in hems for a migration to majesty. One that took them through tough terrains and remade the landscape of their hearts.

In those days, frocks were full, for even the edges were etched with an embellishment that made a statement about the one found beneath the fabric. There were those, like the Pharisees, who wore it for show. But the many wore it to recognize the truth of whose they were. These talith or little tents revealed where they, where their hearts, dwelled.

In my imaginings of these pilgrimages, I picture pauses when provision had a purpose and the one who could most easily access hem, would unfurl fiber in order to share with the rest, on their way to rest. I see each one having a turn to raise a banner over all the others, until each one was able to offer.

The hems matter because maybe we aren’t meant to live on the edge, but from it.

There is holiness in the hems. A hint of harvest lies within and divulges the fullness of the field.

Now here we are, sojourners of the story, tiptoeing the precipice of rival stories on our way to the greater reality of the greatest love. When beauty is scarce, we behold the borders. For the weariness of a broken world finds wonder in blooming borders broken by beauty.

We must make our way through wilderlands because there is a wilder love sown in. We can wrestle with this love until it is civilized or rest within it, that it might remain untamed.

Moonlight has an edge and sunshine a border. The radiant rays of each reminds us that all the light touches belongs with us and we are to touch all things with light, because all belong.

We are here, with fabric of flesh, trimmed with image and all His imaginations, on our way, each and every day to a feast of defiant hope because we still believe that chosen joy is the path to a future hope and brighter days. Light-laden and love-lain days.

As He moves us, we realize that maybe we are the treasures being carried to places that need a feasting. And maybe treasure such as this is greater than silver or gold. More than bauble and brooch.

Hems are upheld when we continue to run our fingers over the tapestries of each other’s tales. A tender touch helps us find field borders full of dirt and doesn’t He make the most glorious things from that? When we glimpse the sweet soil of each other, we begin to propagate what is within our own and offer cuttings because there is no place we would rather surrender what we have. Sacred spaces are our favorite places, after all.

…I carried you on eagle’s wings (in hems) and brought you to myself. Exodus 19:4

Every step, every tiptoe and traipse, every rehearsal and remembrance is to deliver us to Him.  What a magical, majestic thing that He trusts us to be the transport of one another.

One Hebrew word for hem means “to become like or one with.” The woman with the issue of blood touched the hem of Jesus’ garment until she became one with Him. Till she knew He was all there was to meet her every need.

In these days, our days, I’m grafted to grateful that we need each other. That we are no longer afraid of dirt and see it simply as a place to plant. To truly become one, we can’t stay at arms length. There is bloom and beauty in becoming like each other, for it is Him we recognize when we look and don’t we love looking at Him?

In sewing, the cut of the fabric is hemmed to keep it from unraveling. So should it be with our cuts of covenant. Together we can be undone, but need never unravel, if day by day and step by step, we keep hemming each other in.