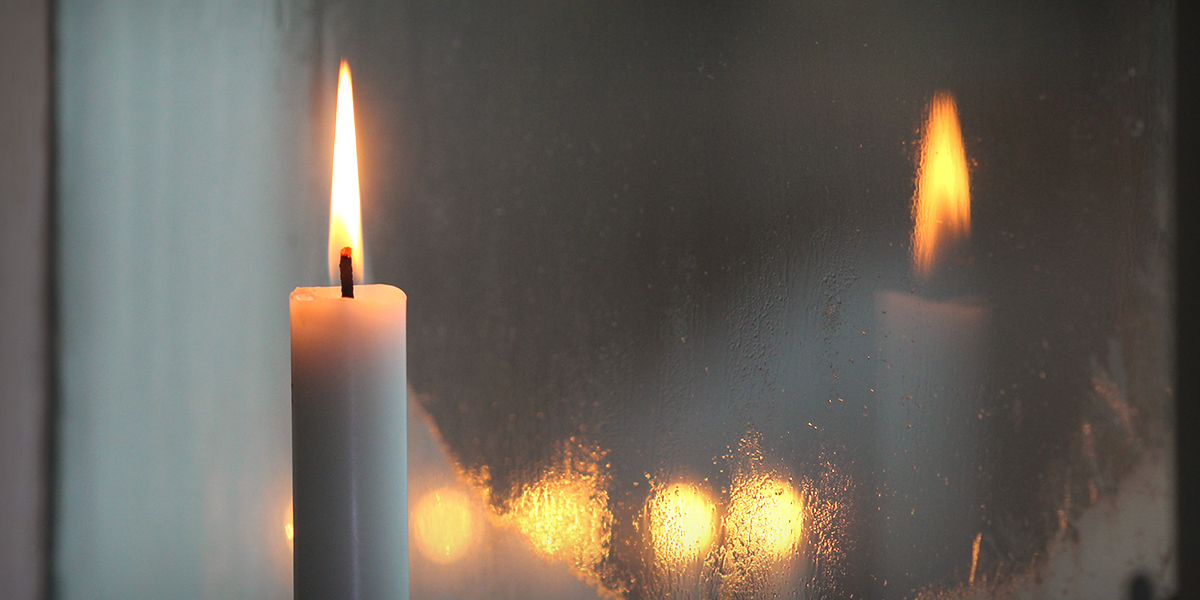 We do not merely want to see beauty. . . . We want something else which can hardly be put into words — to be united with the beauty we see, pass into it, to receive it into ourselves, to bathe in it, to become part of it.  – C. S. Lewis

Advent brings borders to the land of us and reveals the tension between the already and not yet. For its gift of light allows us to recognize that which we have not readily received and for what it is we wait. Through it, if we will allow Advent to run through us, we are rallied for the ongoing, daily preparation of making room. Our hearts, minds and souls can become crowded. Advent awakens our awareness of all else we have let loiter, where He is meant to linger. Advent is a gift of time. Its opening asks us to be still and know.

The sacramental season of Advent invites us to discover anew what it means to need the Presence of God. If abled, it will uncover the truth of Who it is we truly wait upon. It comes pregnant with the purpose of deliberately detaining us in the mystery of our salvation and the history that holds it. It invites us to move intentionally. To be intentionally moved.

The surfacing of this season celebrates the coming of Christ. He came with a lusty cry so we would be unafraid to cry out. This is the place incarnation meets humanity and there is no shame in the touching of the two.

Advent means, “arrival” or “the coming.”

Jesus was sent into an impoverished world, to parents of no renown, into a town known for nothing. Nothing good anyway. He made His way from Heaven’s hold and Pappa’s magnanimous heart into a weary world, ripe with political unrest and ignored injustice. He came, so that very world could rejoice. His arrival upended everything, for problems don’t always know how to make room for peace. And madmen with disposable crowns don’t always want to surrender their greed so God might be given glory.

I wonder what it felt like, for those of Nazareth when they heard that the Savior would be from among them? What were the people of that day really looking for?

What are we looking for, those who inhabit a world where Christ already lives? What is it like for each of us to know the Savior dwells among us? Does such a knowing will us to enter the greater waiting that Advent remembers? He has come. He is coming. He comes into every day and every circumstance. He responds to whispered prayers, longing cries and hallowed praise. He doesn’t consider us unimportant people from insignificant places. He doesn’t come because of where we are from, but because of to Whom we belong.

In those days, some were watching, waiting. Others turned blind eyes and rushed ahead. Humanity dreamed of all kinds of saviors and so clamored for political figures, financial wizards and religious giants. Not everyone knew that the biggest things can be poured into the smallest spaces. It must have given them quite a fright when He came to take up residence. His arrival revealed that there was no room at the inn. But He would  make room for many as He vacated the premises of empty worship, vain pursuits and tarnished idols.

Those who waited, recognized Him when He came with coo instead of chaos. With light instead of sword. They were unafraid that He laid aside His glory and unashamed of the goodness He kept, that would allow Him to reveal His greatness on a different day.

Bethlehem was a little stage for a baby God, and a manger is a tiny table for broken bread. That must be because He multiplies. This God doesn’t want to just fill us, He longs to sustain us. He came to die. He stays to resurrect. He is here to dwell.

We are told, “To you is born.” Advent reminds us of this truth. He was born to each and every one of us. And the every and each of us chooses at this borderland of Advent, if we will receive Him. Here, at the coordinates of light, past and present, we can reconcile to all the ways we haven’t let Him come in the past and surrender to all He will and must do, to occupy us fully, now.

Mary yielded and was overshadowed. She let Pappa offer shade to her flesh that could easily fail. Shadow made way for light and she was filled. Her spirit rejoiced and her soul magnified the Lord, at the very news of Him. She demonstrated the greatness of gratitude long before she knew how the story of Christ within her would unfold.

Joseph rested, which led him to easily believe the dream given to him in the night. Gospel’s light gave and he gleaned the good news of Emmanuel. He wanted God, with them, more than he wanted anything else. A dream revealed the very thoughts of His heart. What he truly sought, he wondrously found.

Look for Christ and you will find Him. And with Him everything else. – C. S. Lewis

Advent is a circle that becomes a simple crown with which to adorn Him. Come let us, let it be done unto us, just as He has said, is saying.