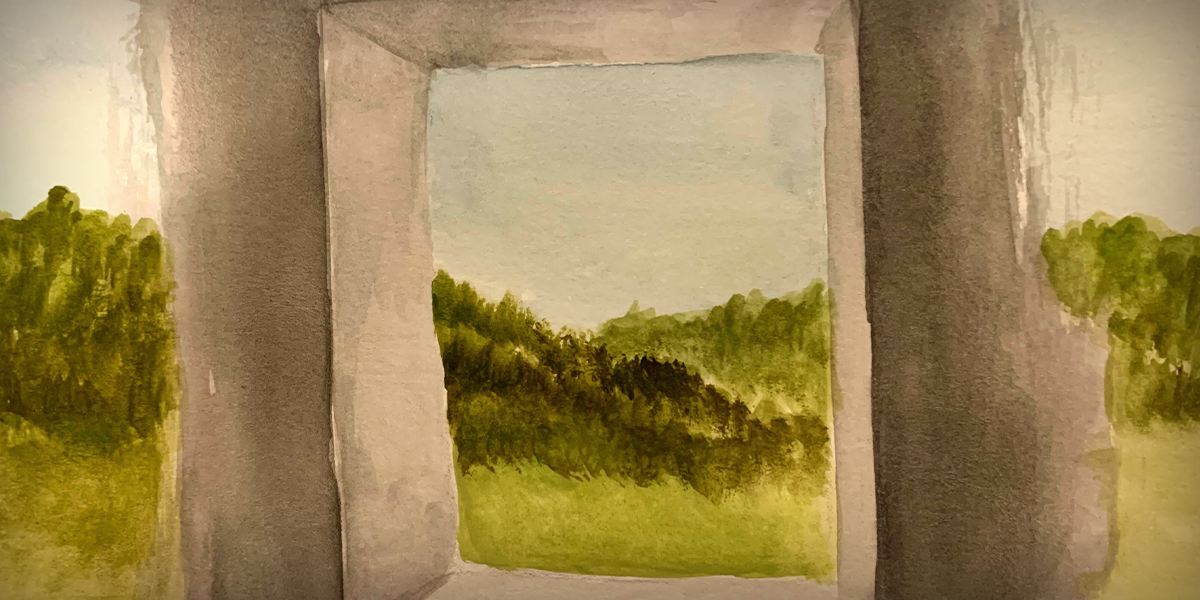 A few days ago, I was running my route to tend our herd. Maybe having the top down filled me with a greater sense of adventure. Whatever the cause, I rerouted and took a different road. A few miles down, I happened upon a patch of land with dilapidated oil tanks and a hollowed out truck, all hinged together with rust. And there, at the cusp of autumn, I fell right back into summer.

As a girl, it was my great delight to spend each summer with both sets of my grandparents. These summertides captured my heart. Days were idyllic and each of their homes held a mystery and magic that beckoned me back again and again.

The New Mexico town they inhabited housed a refinery, so all smelled of oil and smoke. The wind was always a bit dusty and the desert land ever seemed like it needed a long drink. And I loved every speck of dust and sooty breeze with my entire being.

My Pappaw had a workshop. The inside was hung with a scent all its own. I can’t describe it but I savored it. If I was to catch a glimpse of that shop now, I’m sure it would seem slight in size. Back then though, it seemed massive surrounding my small frame.

Saw blades, hammers, nails, chisels, vises, oil and rags filled the shop. Though the contents seemed hazardous, I was never told not to go in or not to touch what was inside. I don’t recall ever coming out with something made, but much imagined.

Summer by summer that special space surrendered to my imagination and was formed into an auto shop, beauty parlor, school, general store and stage. It was my land of fairy tales and what I’ve learned about those is that they hold hints of Pappa’s yearning to find us in small places and fill us with the vastness of Him.

I meet myself in childhood memories often, but not as frequently as I meditate upon my moments with Him. My thoughts of Him are not too few, but they might be too small.

Pappa has not once restricted my entrance into the Kingdom or told me not to touch the contents within. Yet sometimes I look through a peephole when He has opened the door. Beyond the pinprick is so much unseen fabric, but I can let my line of sight hang by a thread. I can frame things according to my size, not His, and even that is minuscule in contrast to His view of me.

A Hebrew word for small is qatan. It means “to be small” but there is more. For this is a comparison word. It measures a peasant aside a great king. Yet, His Kingdom has no peasants, only promises. Supersized ones. Because we keep growing. There is no room to compare ourselves to His greatness, here, nurtured by His goodness.

A mind that conceives more, gives birth to much. When we recognize there is more, we become priests in His Presence and make a choice to stand in the ache, upon it, for it is holy ground.

We aren’t too small for Him. We just may not always recognize that He is vast enough for us. He can usher us into His sizeable and substantial thoughts. The place where He is ever thinking of us, multiplying us into majesty. If His musing multiplies, how could our dalliances truly divide?

God, how I prize your thoughts! How many of them are there. If I count them, there are more than grains of sand; if I finish the count, I am still with you. Psalm 139:17-18

When I look at your heavens, the work of your fingers, the moon and stars that you set in place, what are mere mortals that you concern yourself with them, humans that you watch over them with such care? Psalm 8:3-4

Who are we indeed, we crafted creatures, made from the enormity of love and the expanse of generosity? This reminds me of the words of Jacob.

I’m not worthy of all the love and faithfulness you have shown your servant, since I crossed the Jordan with only my staff. But now I have become two camps. Genesis 32:10

The truth that He is boundless does not cut us down to size, it expands us beyond borders. We become two camps, for we have two lands to occupy–Heaven and Earth. We were colossally created, so maybe we should begin living large.